About half an hour after the male long-tailed mayflies (Palingenia longicauda) hatched the first females appear on the water sruface. Unlike the males the female long-tailed mayflies are already mature when they emerge. Every female, like the one in the foreground recognisable by its shorter tails, is approached by several mature males. Eventually the female mates with one of them on the water surface. Tisza blooming (Tiszavirágzás). It is when millions of long-tailed mayflies (Palingenia longicauda) are rising in huge clouds, reproduce, and perish, all in just a few hours. 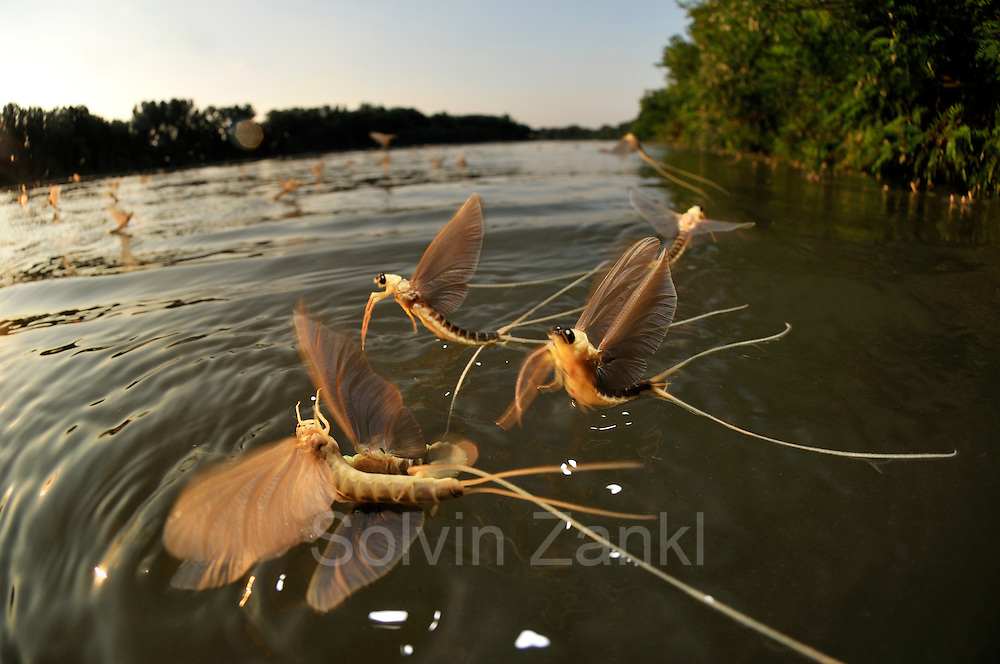